The Camarro Group is seeking Zoning By-law Amendments and Site Plan Approval from the City of Toronto for a proposed development at 968 O’Connor Drive in East York. Originally submitted in December, 2018, revisions were made in 2020 following community consultations.The site is a currently vacant lot on the north side of O’Connor at Curity Avenue, on the fringe of an industrial area in the former Borough.

The 10-storey, 34.3 metre-tall building is designed by RAW. The building, L-shaped on lower floors, is curved where it fronts the corner of O’Connor and Curity. It is clad in punched irregularly-aligned windows within a white frame. It steps back above the 5th level streetwall, again at the 8th level, and now in the revised design, and the 9th and 10th levels as well. 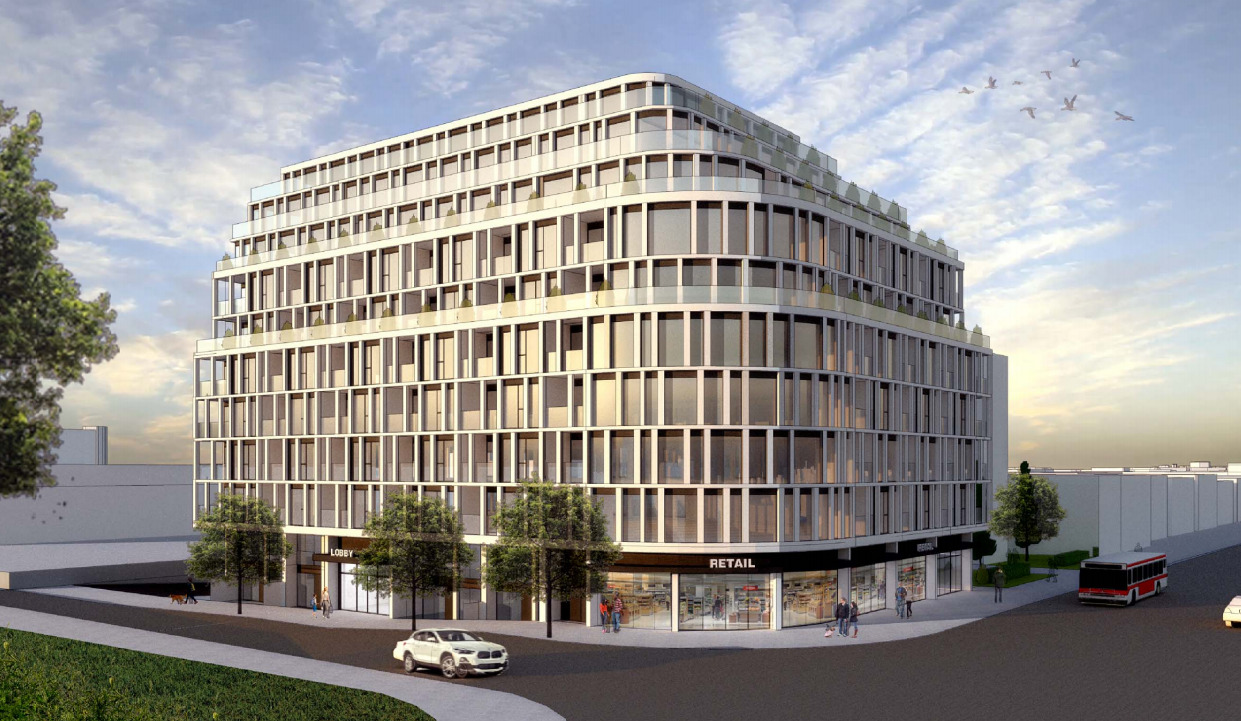 Looking north to 968 O’Connor Drive, revised design by RAW for the Camarro Group

The changes have reduced the total proposed Gross Floor Area (GFA) from 9,863 m² to 9,332 m² through the additional stepping back of the building. The GFA is proposed to be 96% (8,964.00 m²) residential, and 4% (368.00 m²) for retail use. The retail is proposed on the ground floor fronting O’Connor Drive. The total number of residential units has decreased from 135 to 117, while increasing the number of 3-bedroom units by 1, now meeting the city’s goal of at least 10% in each building. The full unit breakdown would see there being 37 one-bedrooms, 67 two-bedrooms, and 13 three-bedrooms. 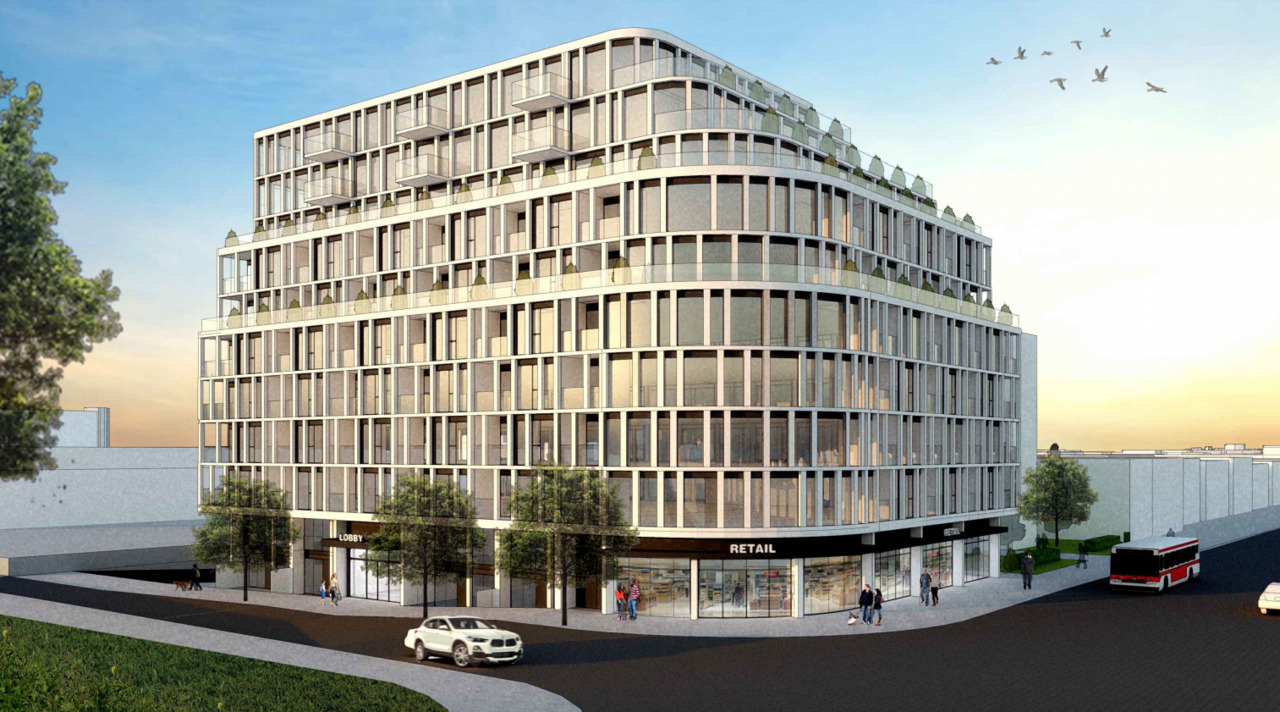 Looking north to 968 O’Connor Drive, original design by RAW for the Camarro Group 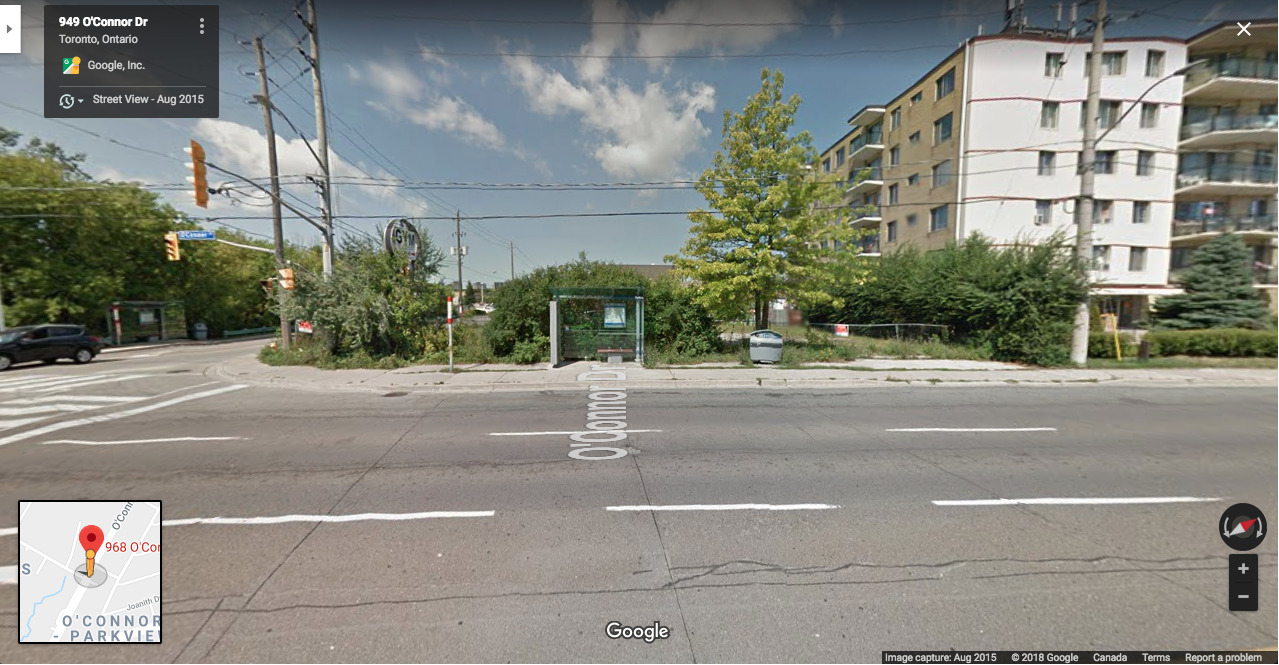 Additional information and images can be found in our Database file for the project, linked below. Want to get involved in the discussion? Check out the associated Forum thread or leave a comment in the space provided on this page.

UrbanToronto has a new way you can track projects through the planning process on a daily basis. Sign up for a free trial of our New Development Insider here