As Toronto developers race to build the city and country’s tallest building, Mississauga’s race for the tallest is neatly packaged on one 15-acre site at Burnhamthorpe Road and Confederation Parkway. Rather than competing like in Toronto, developers Rogers Real Estate Development and Urban Capital Property Group are working together on the 4.3 million ft², master-planned M City community that will take the record for Mississauga’s tallest buildings with its first pair of towers dubbed M1 and M2, before bettering it again with an even taller third phase, M3 at M City. 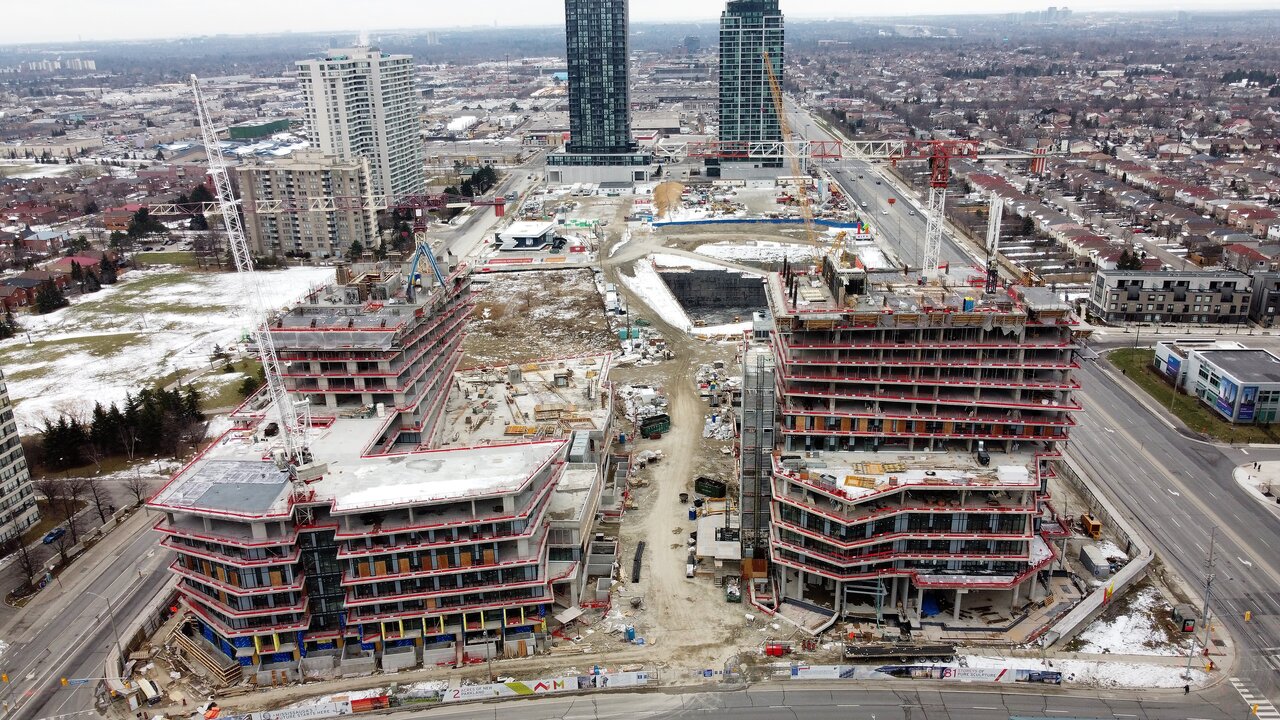 The 60-storey, Core Architects-designed M1 and M2 condo towers broke ground in early 2018, and have been steadily progressing through almost three years of work, from shoring to excavation to construction. We last checked in on their construction in mid-October, 2020, when forming had moved as far as the towers’ eighth floors, and cladding installation was just beginning. A few months later at 13 and 14 storeys, the towers’ uniquely crimped and twisting massing has become more obvious, while closer to the ground, installation of a window wall cladding system with spandrel panels framed in dark aluminum mullions, has progressed as high as the seventh floor of the north tower. 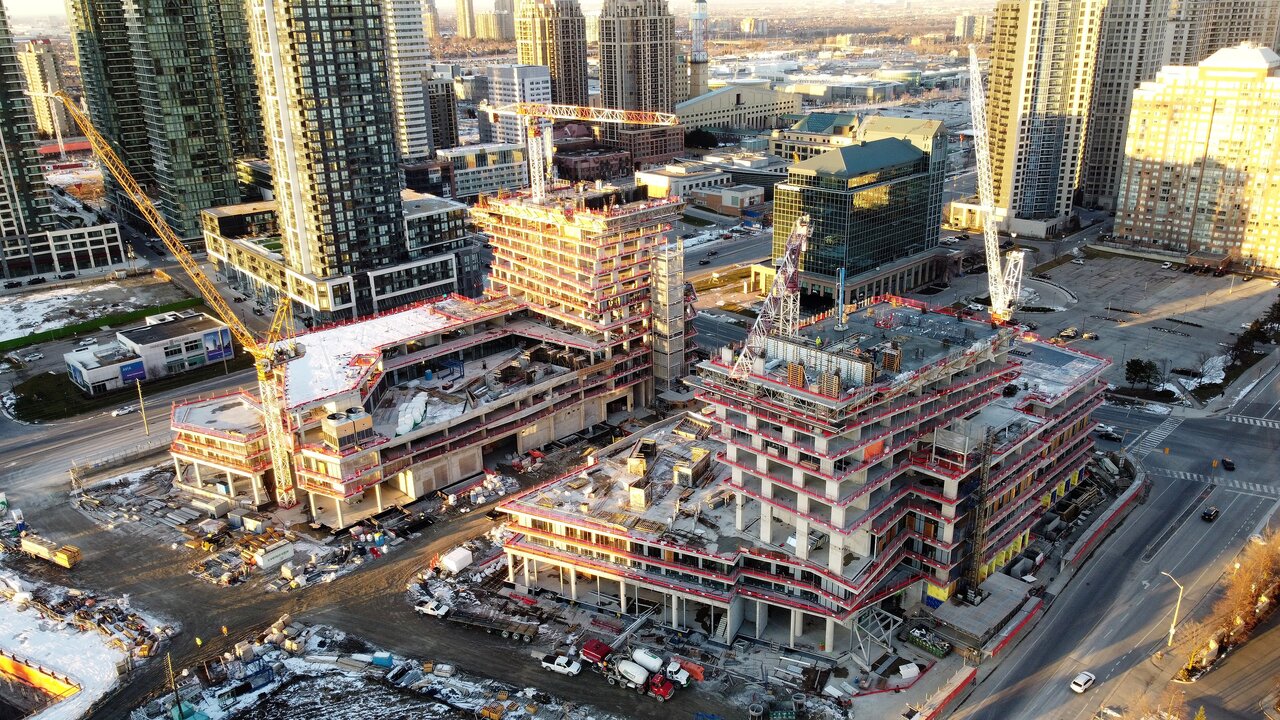 Southwest of the rising pair of towers, early stages of construction are moving along for the even taller M3 tower. A ground breaking was celebrated on the already-active construction site in September, and over the months since, the pit has been excavated. Building the underground levels will be the next step before the M3 tower begins its rise above Burnhamthorpe Road. At 77 storeys, the 260-metre-tall IBI Group-designed M3 will claim the title of Mississauga’s tallest from the M1 and M2 towers. A future M4 tower would be taller than M1 and M2, while shorter than M3, with all four buildings taller than anything that exists in Mississauga today. Additional information and images can be found in our Database file for the project, linked below. Want to get involved in the discussion? Check out the associated Forum thread, or leave a comment in the space provided on this page.